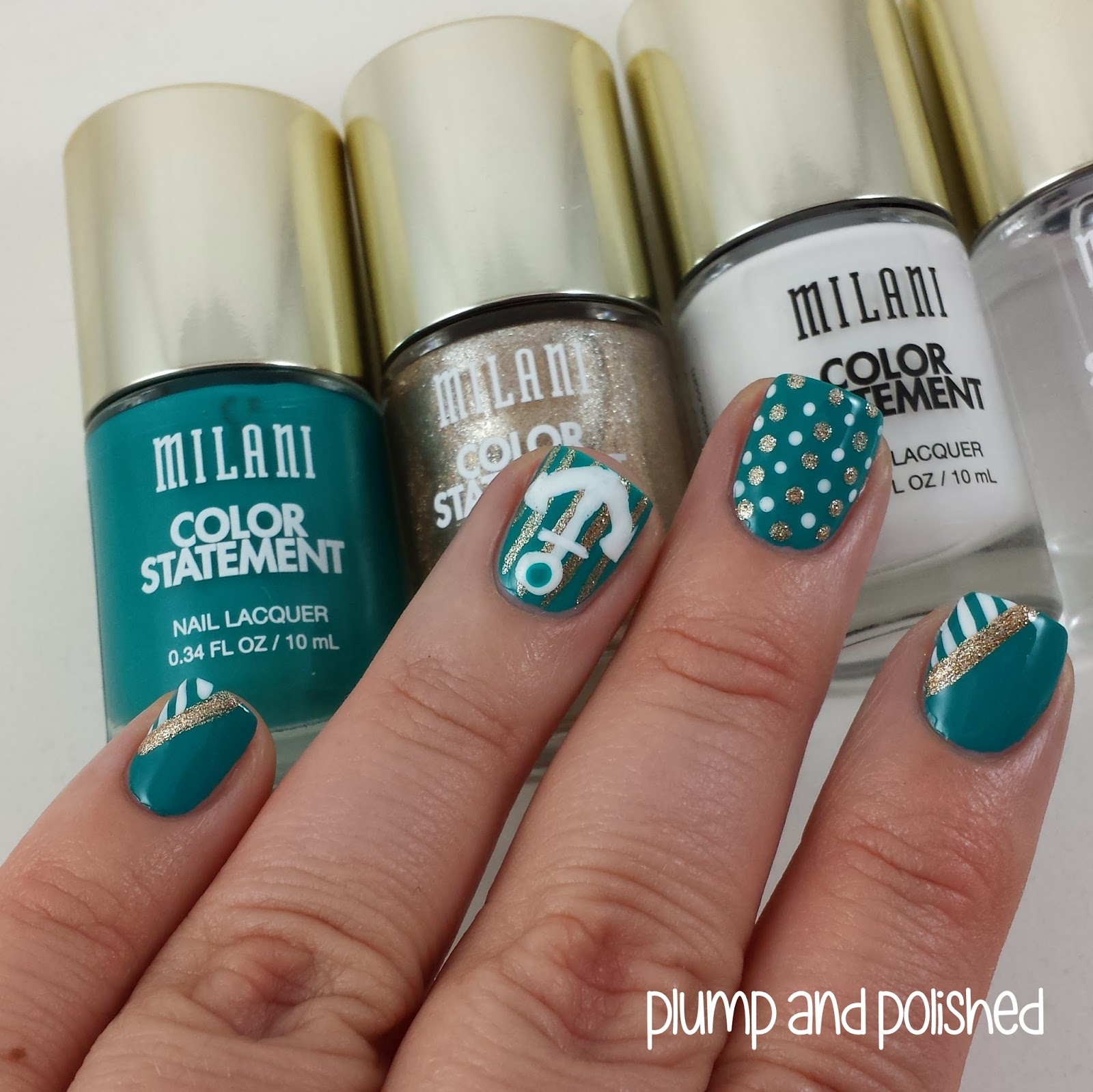 I'm a bit late, but didn't want to miss out on sharing this with you! This week's Beauty Buffs theme is nautical. I actually think this was my idea, but I could be mistaken. I had so many ideas run through my mind until I finally decided on this one. I'm not sure what possessed me to try to freehand an anchor. I won't be doing that one again! ha! Check out all the details under the cut... 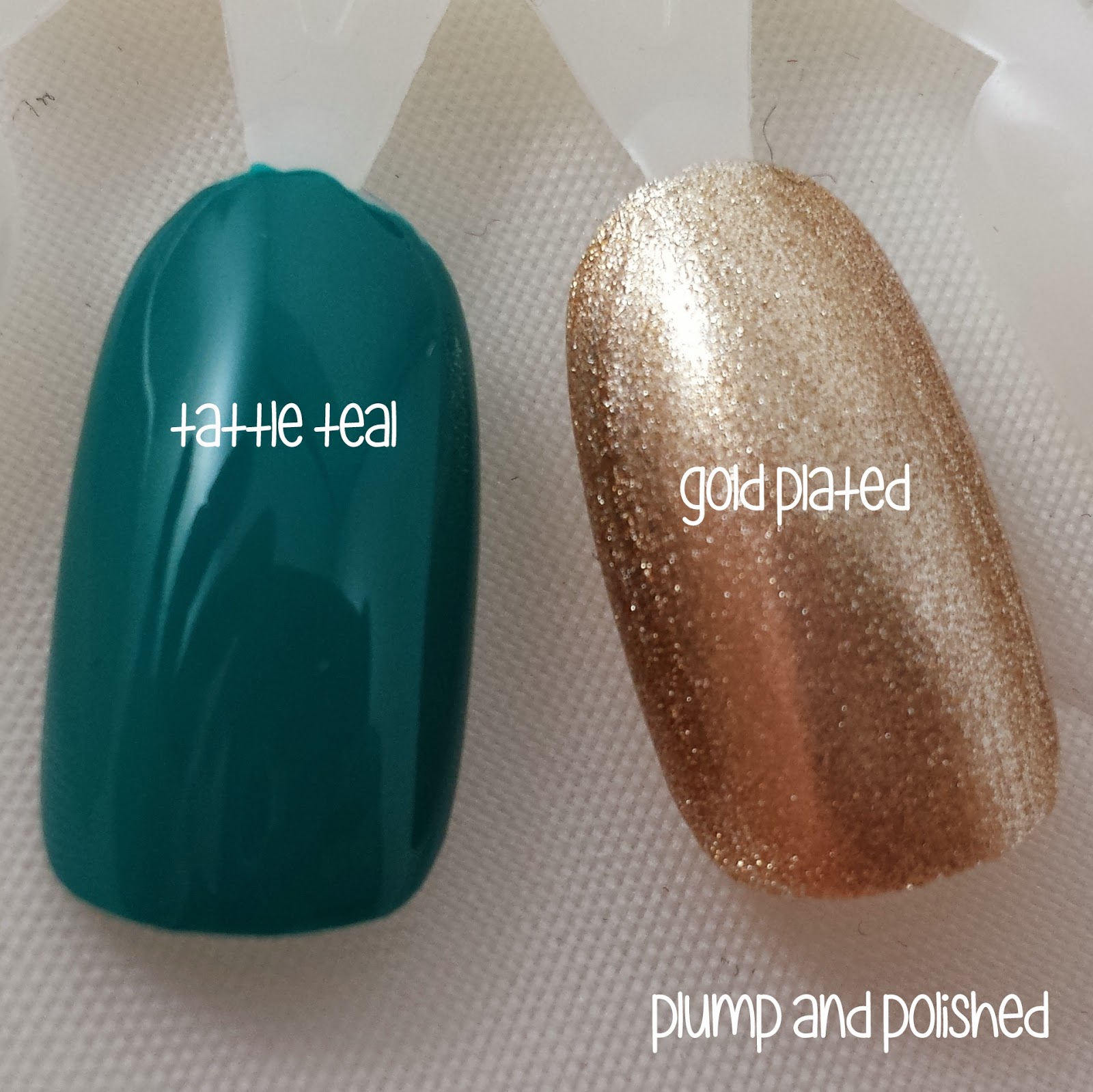 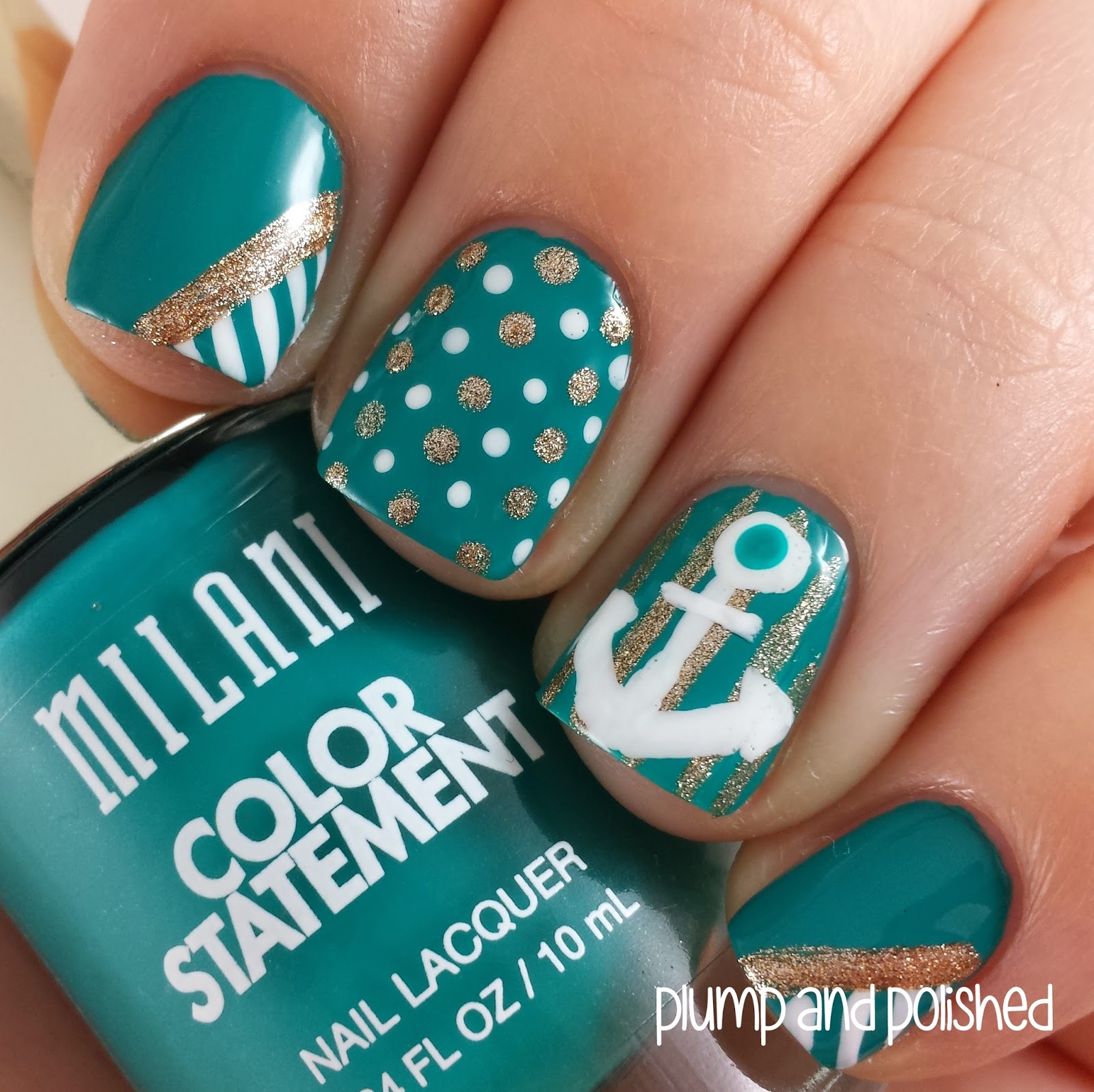 So, here's the rundown. I started with Tattle Teal. It was perfect in just one coat. Amazing, huh? I wanted something that wasn't so traditional so I chose the teal base instead of navy or red. I think it looks great with the gold and white.

For the index and pinky, I made a few white stripes in one corner using a striping brush. After they dried, I used the same brush to make the gold stripe. It doesn't have to be perfect! 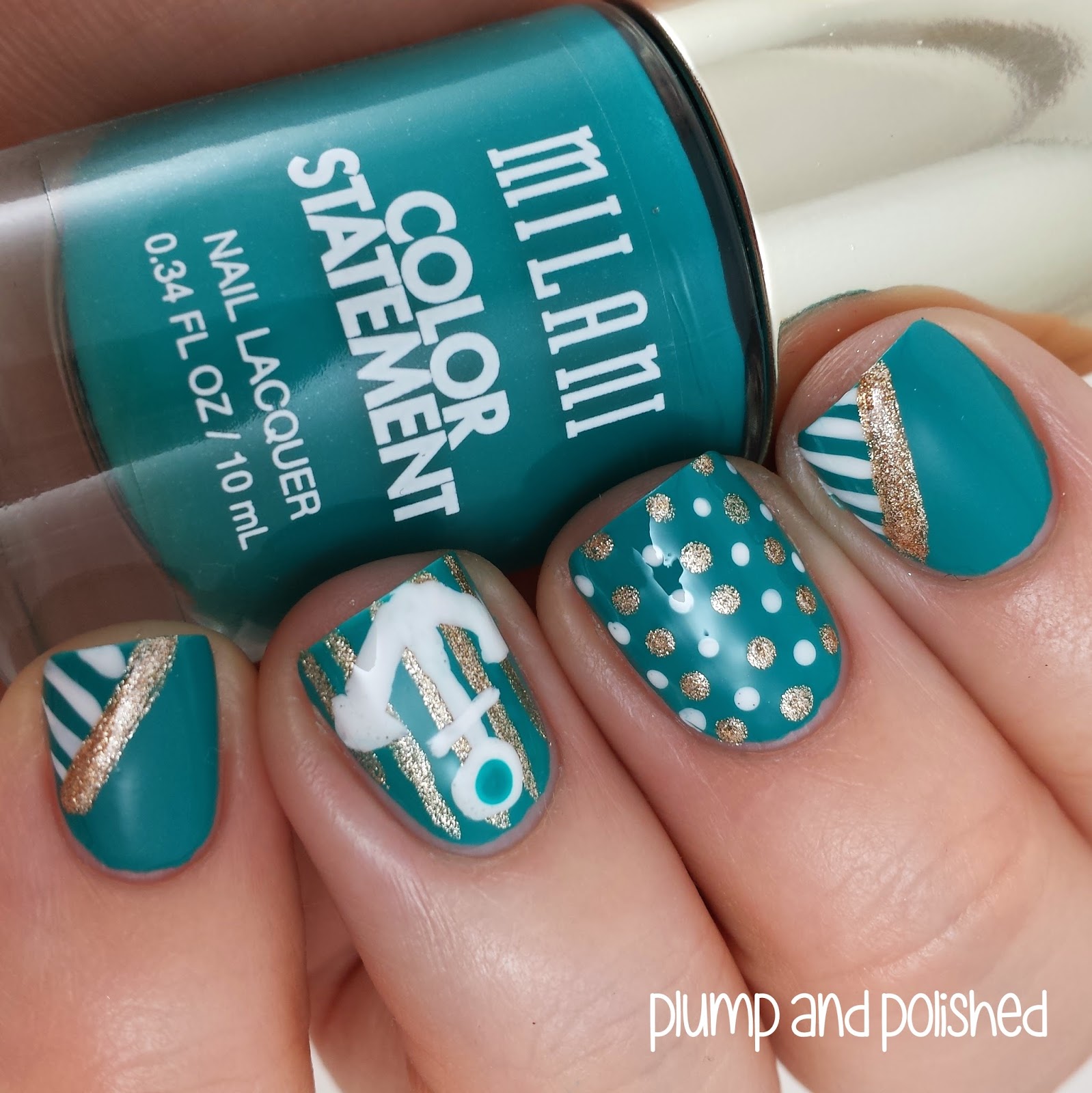 The polka dot nail is actually my favorite. That one's pretty self explanatory.

For the ring nail, I had the bright idea of free handing an anchor. Nope. That was a big fail. UGH. I hate it so, so much. Let's just pretend that one doesn't exist. Deal? 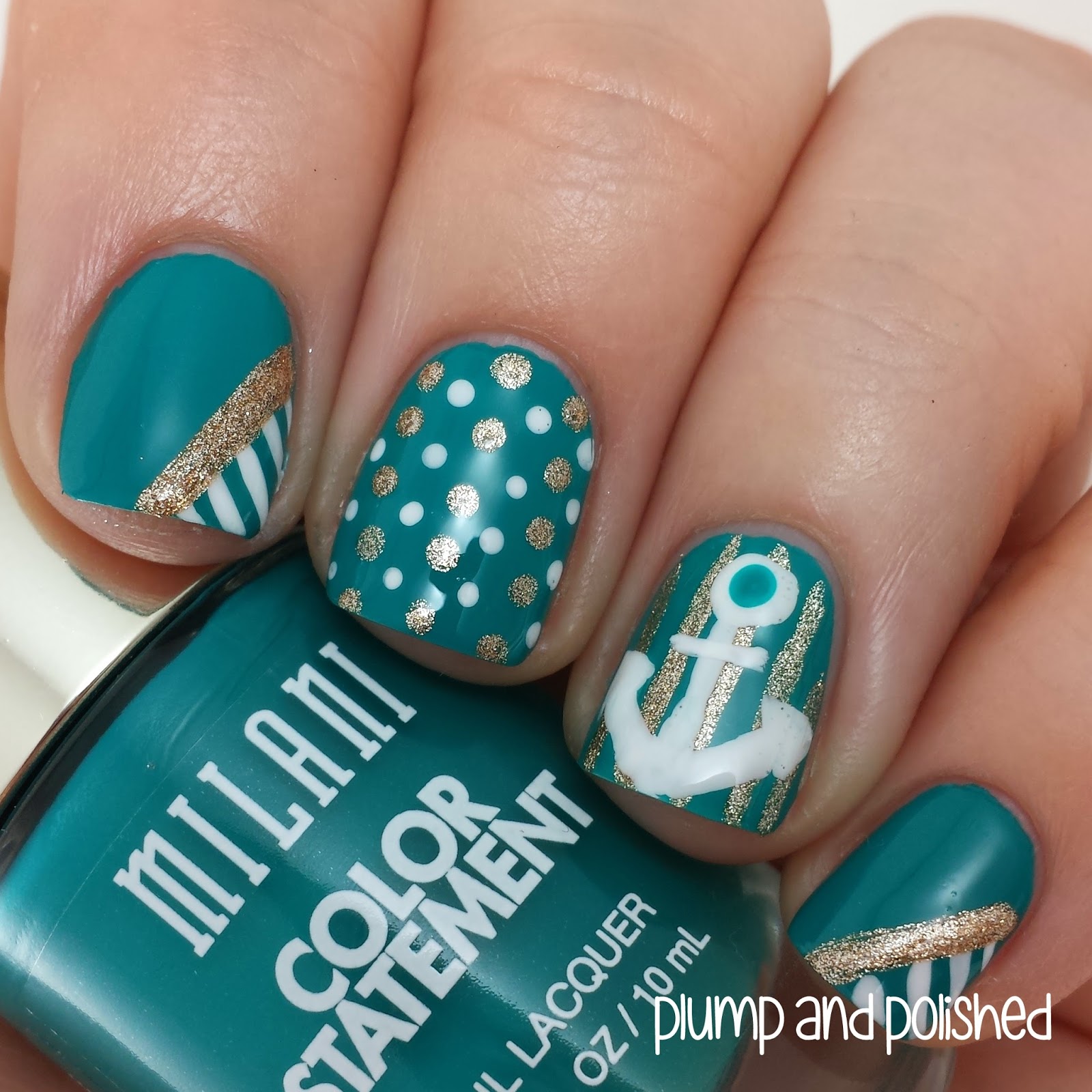 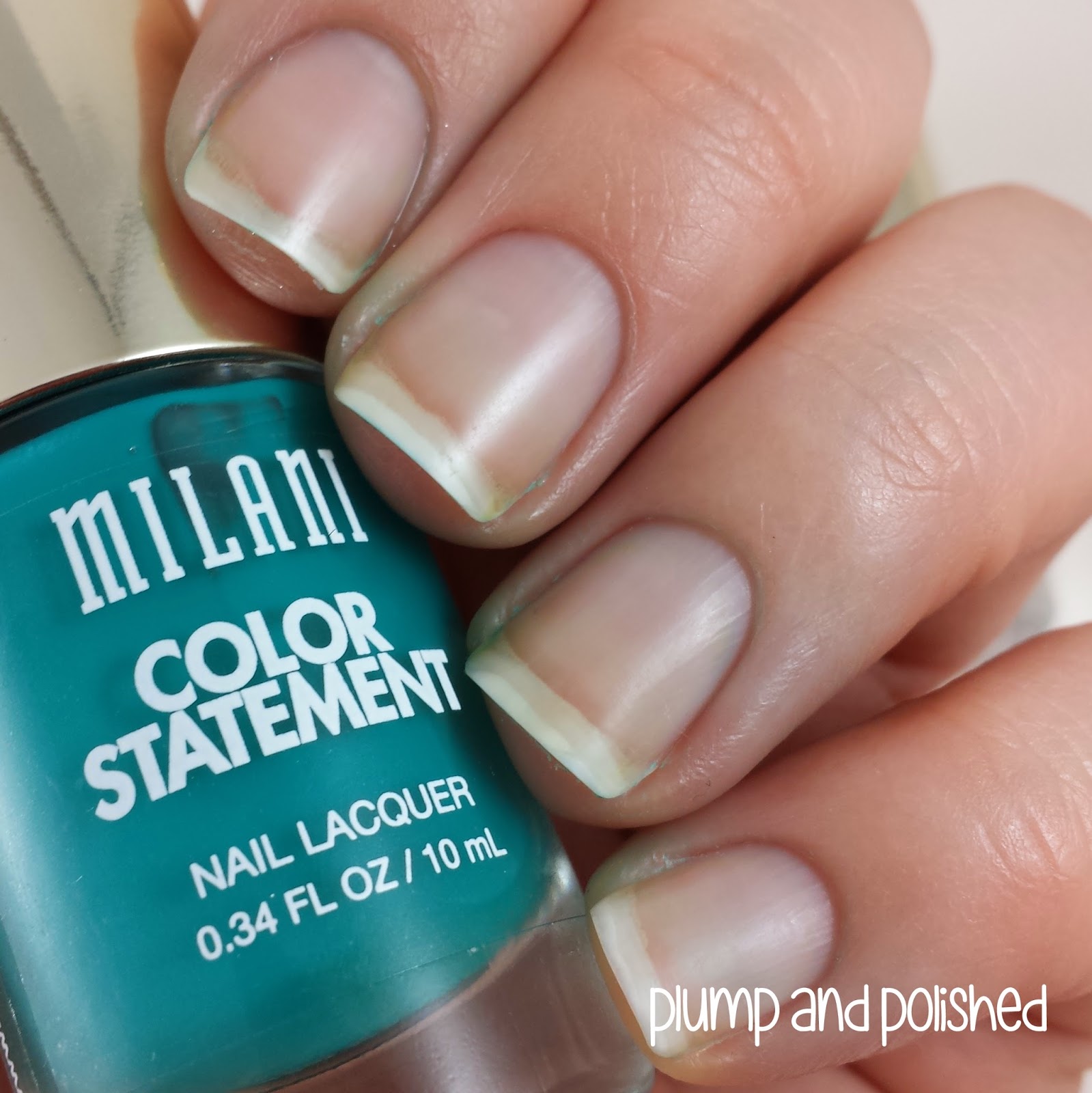 This pains me, but this teal is a stainer. It was much worse than the picture shows. I had to buff it out and scrub with whitening toothpaste. I was pretty bummed. I only had this polish on for about two hours. Just a word of warning: double up that base coat!

Products in this post were provided for an honest review.
All opinions are unbiased and were not influenced in any way.
An InLinkz Link-up
Posted by Unknown at 10:24 PM