I'm excited to share this new indie polish brand with you! Plump Polish, not to be confused with my blog name, combines a few of my favorite things: polish, glitter, body positivity, femme power, and babes. That sounds like a good time to me. Plump creators Kyla and Margitte were kind enough to send me two polishes to review.  They officially launched their line on April 2nd and currently have a few bottles left of each of the two polishes on today's post. 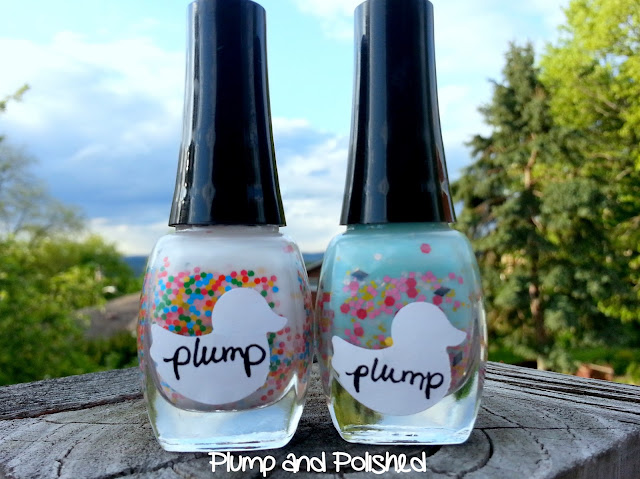 "Plump is the luscious and glittery indie polish baby of two fat femmes who love doing their nails and spreading body positivity across the internet."
Plump is 3 free, cruelty free, and hand mixed in small batches.
*Any italicized quotes were taken straight from http://plump.bigcartel.com*

Check out the swatches and reviews after the jump... 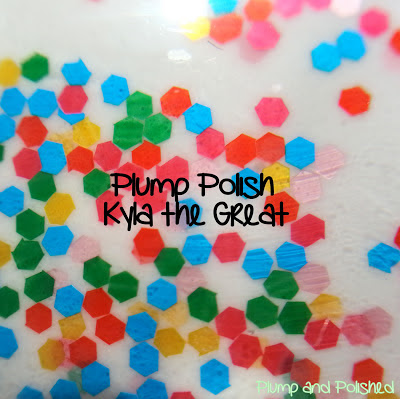 Kyla the Great
"Kyla The Great is a frosting-white polish with medium matte hexes in hot pink, orange, green, light pink, yellow, and the prettiest blue you've ever seen (really!). Named for Kyla's tumblr, Kyla The Great is inspired by her favorite cookie snack. At kylathegreat.tumblr.com, you can find Kyla posting about fat fashion, sex, social injustices against marginalized communities, and fluffy kitties." 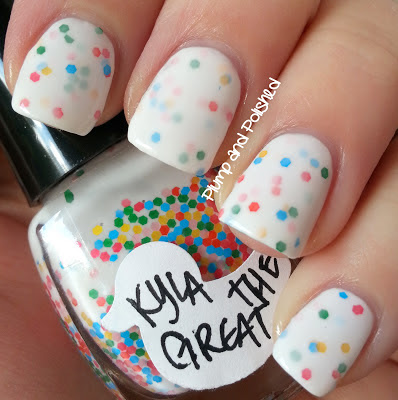 KtG is reminiscent of sprinkled frosting: cute and sweet. The formula was good. It was opaque in three coats, and the glitter pay off was nice after a few vigorous shakes to mix it up. Dry time was average. One coat of Seche Vite finished it off perfectly. 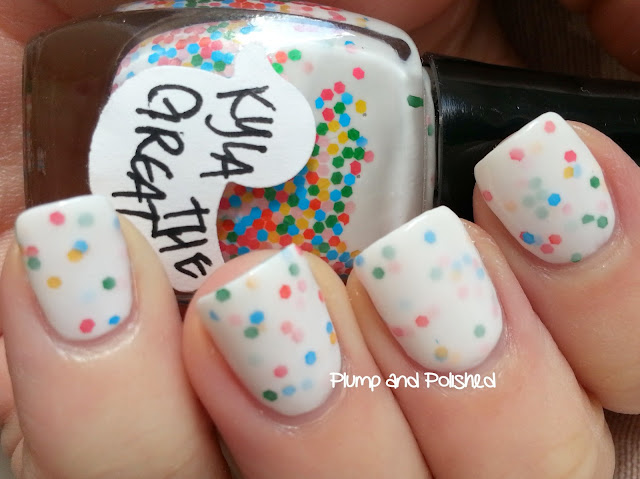 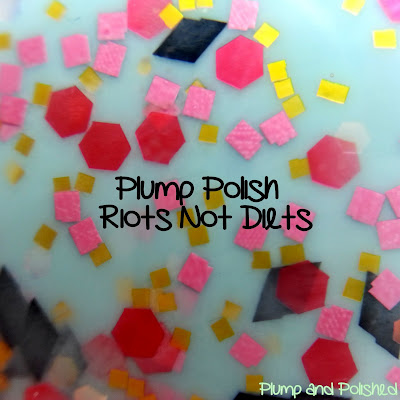 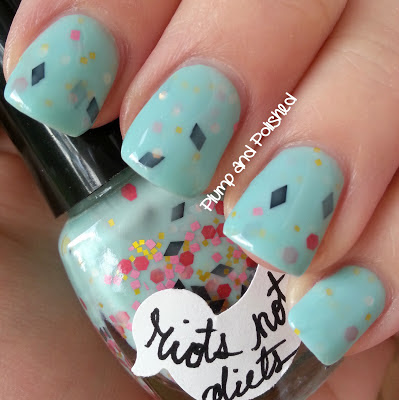 RND is my favorite of the two. The black diamonds really give this something different. The formula was good. It was opaque in three coats, and the glitter pay off was nice after a few vigorous shakes to mix it up. I used the dabbing method for the final coat. Dry time was average. One coat of Seche Vite was perfect. 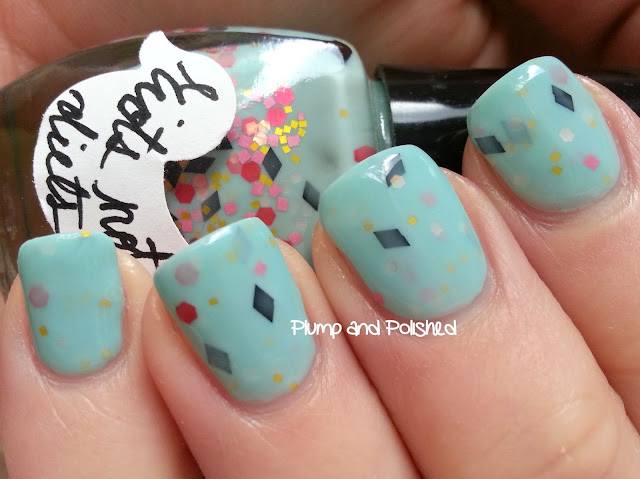 Plump as some great ideas. The packaging is cute (how great are the labels?), the glitters are on point, and the message is one I can totally relate to. The only downfall that I can pick out is the glitter sinks a bit. After about 5 hours after use,  I noticed the glitter sank some. It's nothing a few shakes didn't fix, but I have to be honest about it. This is only the beginning for Plump; I can't wait to see what Kyla and Margitte come up with in the future! Plump will be releasing a new collection, Fat Beach Day, sometime this month.

Which is your favorite? Are you digging the positive message as much as I am?

Plump can be purchased for $11 per full size bottle in their Big Cartel Shop.
You can stay up to date on by liking Plump on Facebook or following Plump on tumblr.

Products in this post were provided for an honest review. All opinions are unbiased and were not  influenced in any way
Posted by Unknown at 2:05 PM