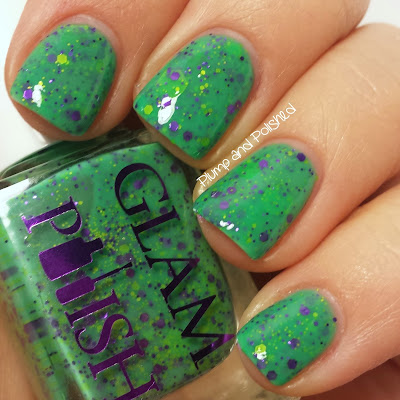 Nothing's better than coming home from a long day at work to find a package on your doorstep. Today, I found three bottles of Glam Polish from Color4Nails! As soon as I opened the package, I couldn't wait to get them on my nails. I've been wearing a lot of purples lately, so I decided to try Frankenslime first. This polish is part of the Graveyard Ghouls Trio. While it was released for Halloween, it's easily an all the time just for the fun of it color.

Don't miss the full review and lots of pictures under the cut!

** All photos were taken in artificial light.**
*One coat of Duri Rejuvacote was used as a base.* 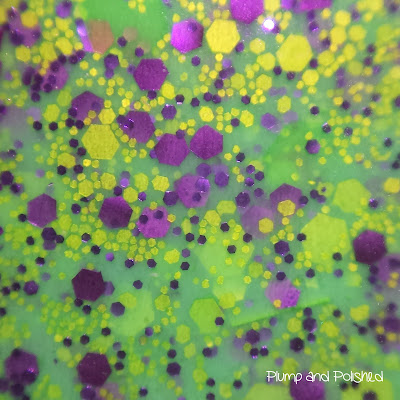 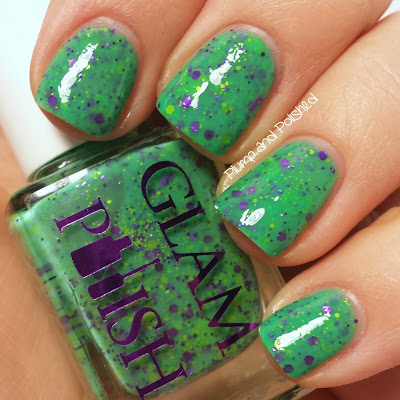 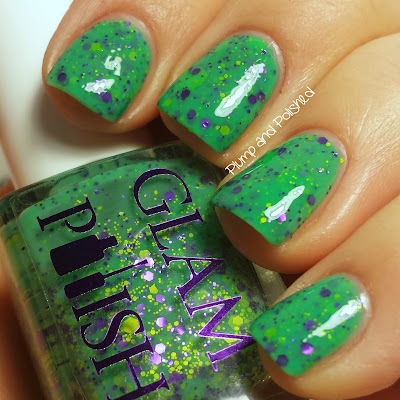 This polish applied like a dream. I was surprised by how opaque it was in just two coats. I didn't have to fish for glitters at all. It was great! It had an average dry time and was pretty smooth on its own. I used one coat of Rica Glossy Glam to top it off. Perfectly smooth and shiny! 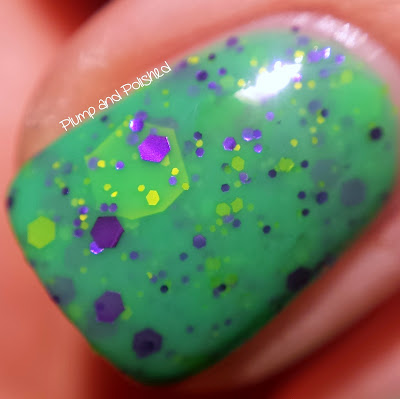 LOVE! Look at that giant neon green hex! It's thin enough that it doesn't stick up at all. The jelly like base encompasses it and makes it look like it's floating.

The metallic purple glitters really set this off. They catch the light nicely. 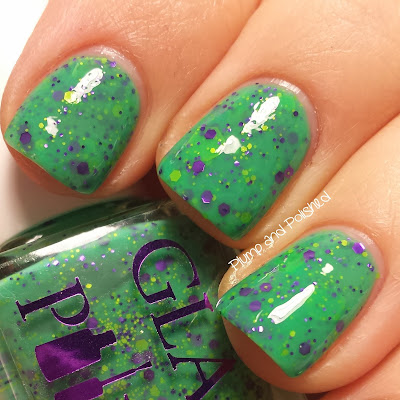 I usually wouldn't post a three finger swatch, but this picture really shows off the glitters nicely. What do you think about this polish? If you know me at all now, you know I'm always a fan of green and purple!

Frankenslime is available in a full size 12mL bottle.
It's available from Color4Nails for $12  plus shipping.

Products in this post were provided for an honest review.
All opinions are unbiased and were not influenced in any way.
Posted by Unknown at 11:09 PM