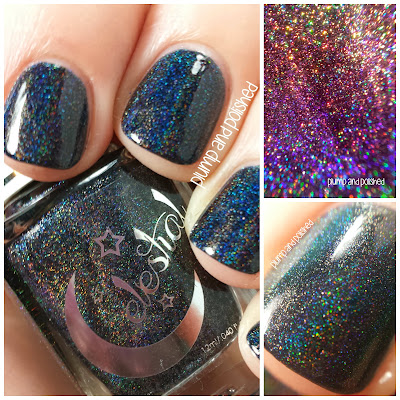 Any Sons of Anarchy fans out there? I know I'm not alone! I started watching the series not too long ago and binged watched all the episodes on Netflix in about a month. I fell for Jax even though Charlie Hunnam's American accent is terrible. He's not my typical type, but his attitude and loyalty roped me in.

Whether you're an SoA fan or not, you need to see all the pictures and review of this polish called Reaper Crew from the Australian indie Celestial Cosmetics 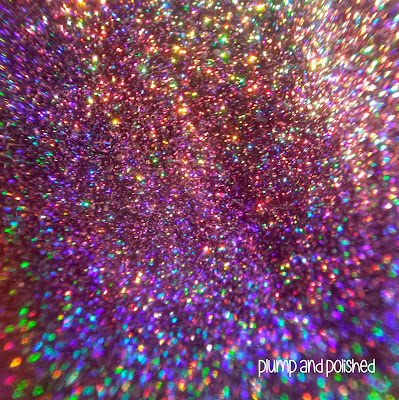 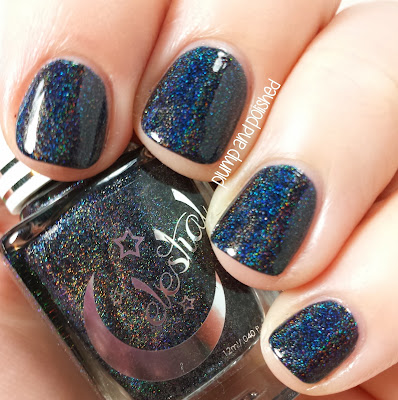 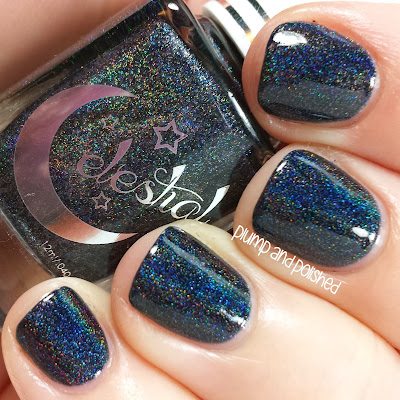 This polish was almost a one coat wonder, but I used two because reasons. I didn't have any issues with pooling or dragging. It dried quickly, and while relatively shiny, I still used top coat. 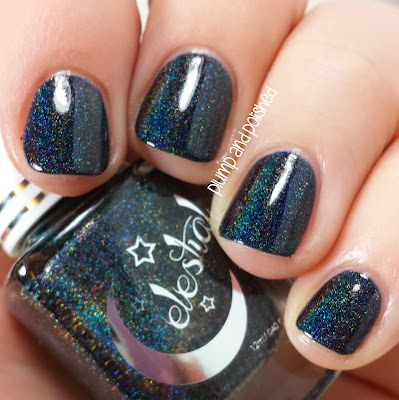 I love this polish, but have no idea if it's actually black or a dark, dark navy. The creator describes it as a black holographic. I see it as a dark navy holographic. I actually wore this for over 3 days to let it marinade. I'm still at a loss. 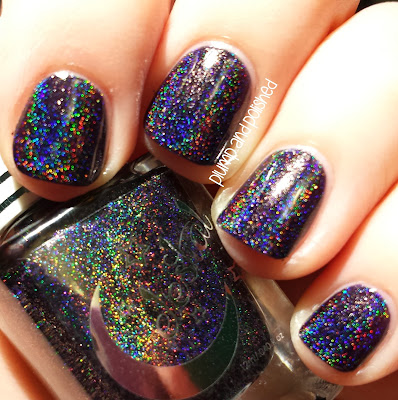 This is by no means a good picture, but I wanted to show off the crazy holographic effect. In the little bit of full sunlight I experienced this weekend, the polish looked like this. The effect is really intense. I love it! 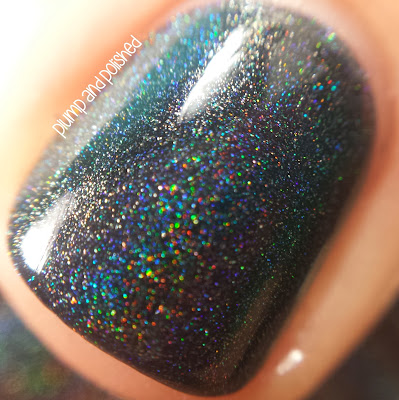 I definitely think the base isn't a true black. I consulted a group of fellow polish lovers to make sure I wasn't crazy. Some think it's black and some think it's blue. At least I know I'm not crazy or seeing things! 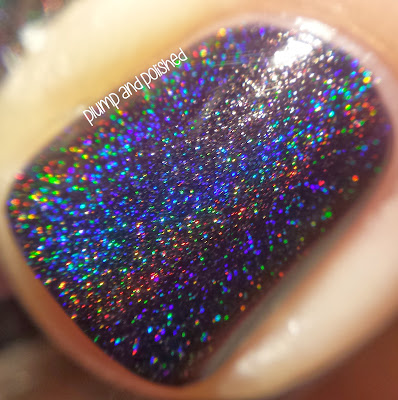 Such a crazy insane holo! I'm in love with this polish. I don't care if you think it's black or dark navy, it's a winner. What do you think?

Celestial Cosmetics are available for purchase from Color4Nails.
Reaper Crew is a full size 12 ml bottle and runs $11.00 USD plus shipping.
Don't forget that Color4Nails offers international shipping!
Be sure to like Color4Nails on Facebook for all the updates.

Products in this post were provided for an honest review.
All opinions are unbiased and were not influenced in any way.
Posted by Unknown at 4:03 PM